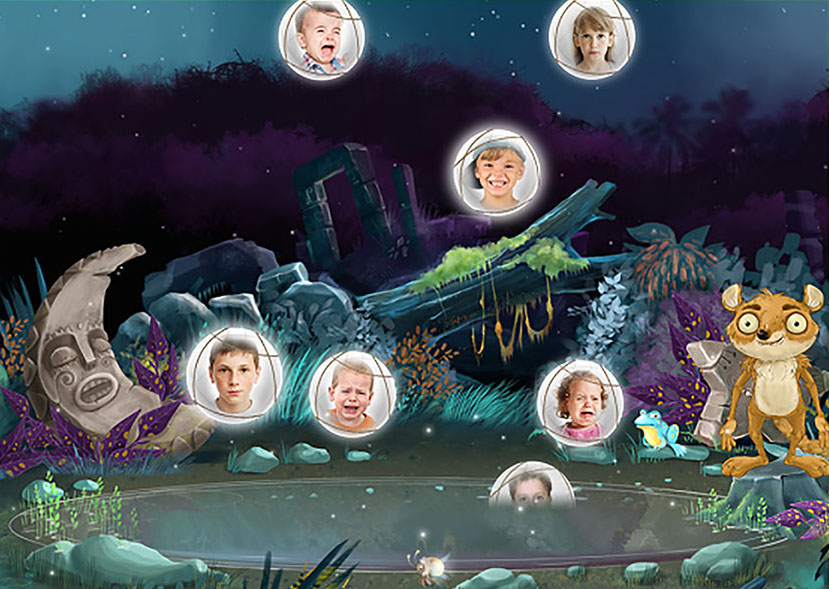 A screen shot of the Pond Poppers task. (Above)

Our team recently published an exciting new paper: ‘The Effects of Sleep on Emotional Target Detection Performance: A Novel iPad-Based Pediatric Game.’ We used a newly developed child-friendly target detection game presented on an ipad® to understand more about the impact of sleep upon performance in typically developing children.  We found that sleep appeared to stabilise their ability to hit targets accurately, in contrast with a similar daytime period where they became worse.  This game has allowed us to demonstrate how important sleep is for maintaining attention and we plan to use it to answer other questions about sleep and development.